May the odds be ever in your favor. 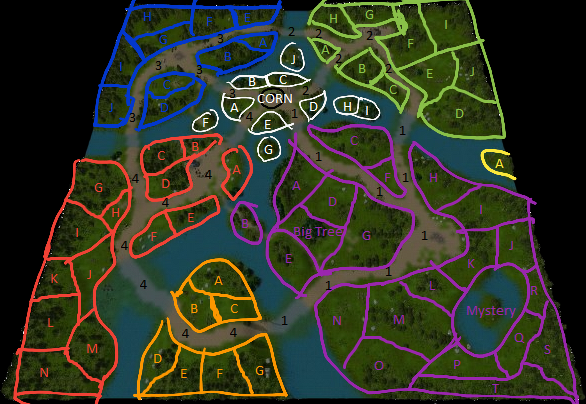 -This is the first season of 703's The Hunger Games series.

-Dani, the winner, got the most kills with 5.

-Dani is the first winner, and first female winner of the Hunger Games.

-Johnny made it the farthest in the game without a kill (Night 16).

-Sim was the first to discover the Big Tree, and the Mystery area.

-Nick is the first person ever to get a permanent injury (Ankle).

-The bloodbath only had 4 kills.

-Tommy was the only one to survive the squirrels with a major injury.

-The top 5 all composed of players with lower than a 10 training score.

- Aidan is the first player to ever die by the forcefield.

-Tom, Nick, Will, and Ryan was the biggest alliance in the game.

-Johnny (hole in the ground with sticks and/or urine) and Dani (Explosive) were the only ones to set traps.

-There were 11 sponsors given.

Despite being the first season of the Hunger Games, the vl for the season was electric and then viewers seemed to be very into the season. Hannah and Dani were fan favorites which kept them into it, while Sim, Aromal, and Zakriah also got a lot of love. The viewers liked this version of Hunger Games and soaked up the personalities such as Hannah's savageness, Dani's shock, Johnny's suprise survival, and much more. The season was a huge success.