Survivor: Resurgence is the eighth season of the 703 ORG (Online Reality Game) Network!

Often regarded as the original "Battle of the Flops", Resurgence was the first all-returnee season on 703, allowing past players who deserved another shot at trying to win. It is best remembered for the dominance of a specific tribe pre-merge, and of a specific player all game, who controlled the game by winning challenges, making bonds and dictating a majority alliance, eliminating players who tried to go against him. It also is remembered for the comical failure of the Qin tribe. 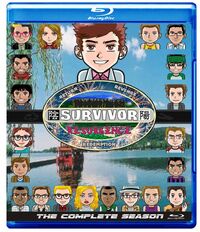